Oxygen is used in different industries; it is used in the petroleum industry as well as the chemical industry. It is used in the production of a large variety of chemicals and fuels. O2 is also used in paper and pulp industry for different applications. But its major application is found in the healthcare industry. Almost every healthcare facility requires Oxygen gas. Introduced in the year 1900’s, Oxygen is a medical gas that is used for inhalation and resuscitation therapy.

Know more about the blog. http://bit.ly/2uGqnRO

Not in South Korea, not in China and alsonot in the United States-Noida, Uttar Pradesh is the place where Samsung has set up the world’s largest mobile factory.This initiative taken under the “MAKE IN INDIA” campaign has put Noida on the top of the world manufacturing mapwhen we talk about consumer electronics. The factory has been inaugurated by our honorable Prime minister Sh. Narendra Modi and South Korean President Mr. Moon Jae-in,at Noida, Uttar Pradesh on 9th July 2018. It is a matter of pride for Uttar Pradesh, India,and MVS Engineering too. MVS Engineering, India’s leading air and gas generation system manufacturer, plays an eminent role in this step of empowering citizens and lending pace to ‘Make in India’ campaign. 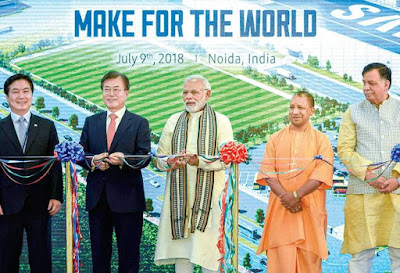 In 2017, India left behind the United States and became the world’s second-largest smartphone market. The first remains China. According to a study done by Cisco Systems, in 2021, there will be 780 crores connected smartphone juxtaposed with 359 million in 2016.

According to records, Samsung is currently manufacturing 67 million smartphones in India and when the new plant becomes operational, it is anticipated to produce a whopping 120 million mobile phoneseach year. These mobile phones will be ranging from low-end smartphones that cost less than $100 to its chief ‘Samsung Galaxy S9 model’. This factory will produce 10 million mobile phones in a month and 70% of the production will be set aside for domestic utilization.Along with mobiles, Samsung’s production of other consumer electronic items like flat screen television, refrigerators will also double up. This plant will also create 1500 local jobs. 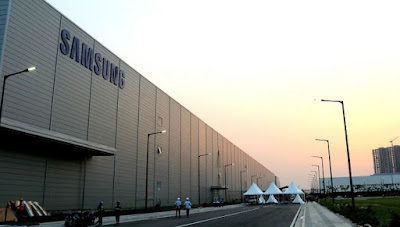 MVS Engineering is proud to announce that for this expansion project, Samsung once again put their trust in us, further giving credence to our past relationship. MVS was tasked to deliver large nitrogen gas generators in record time and our engineering and manufacturing teams rose to the challenge. MVS Nitrogen Gas Generators in the world’s largest mobile factory which will be used in their SMT lines and reflow ovens.

As common knowledge goes, Helium gas is used for purposes like blowing up balloons and making people talk like chipmunks. But unknown to most people, helium also plays an important role of a coolant for scientific instruments and medical devices.

Know more about the blog. http://bit.ly/2uk88kf

Nitrogen gas (a chemical element with symbol ‘N’) provides many and various uses for a wide variety of manufacturers. There are a number of industries that need nitrogen in their processes. Medical industries, companies manufacturing packaged food, brewing companies, all depend on nitrogen to complete their industrial process. However, getting nitrogen delivered by someone in cylinders is often costly and inefficient.

Know more about the blog. http://bit.ly/2unIpr1

Where can we use Oxygen Generators?

Oxygen is the 3rd most plenty element in the universe. It is a colorless, tasteless and odorless gas.O2 is denser than air and can be dissolved in water up to a certain extent. It is an active, life-sustaining component of the from respiration, there are numerous uses of oxygen, like medical uses,
atmosphere, constituting around 21% of the volume of the air we breathe. Apart industrial use, and many other uses.

Know more about the blog. http://bit.ly/2J94rmT

Application of A PSA Oxygen Generator in Industries

Oxygen is widely needed for the oxidation of different chemicals for industrial purposes. Previously, these industries purchased oxygen cy...

MVSEngg
MVS Engineering is a pioneer manufacturer and supplier of on-site generators for continuous dry air and high-purity gas supply. Having expertise in the industry, MVS offers customized solutions with the leading technology, highest quality and lowest energy cost.